Design in response: the ETSID is involved in the improvement of an immigrant reception center 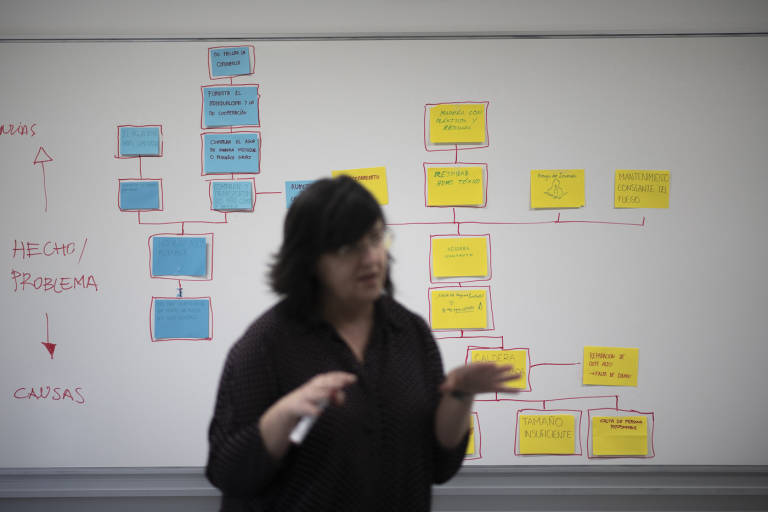 VALENCIA. The New House is a strange place. It is a reception center for immigrants that is two kilometers from the urban center of Sagunto. Between orange trees, it has a highway closer than a habitable house. Taking away everything pompous that the name may have, it is a place to go as a last option before the street and after arriving in a country like Spain from an area like sub-Saharan Africa. The center hosts half a hundred migrants, each with their history and urgency, with their expectations and disappointments. Some stay for a few months, others come just to be in the orange campaign and continue rolling around Spain to deseasonalize their salary, others have been almost a decade without seeing their family since they left their country of origin.

While it serves to patch the drama of unattended immigration in the locality, the center has serious problems of infrastructure and economic viability , more when public administrations have shown more back than hands. With all this, it seems that the answer has come from another place: design and architecture.

It is Friday, and in a classroom on the fourth floor of the School of Design Engineering of the Polytechnic University of Valencia, a dozen students meet with their teacher, Begoña Sáiz Mauleón , coordinator of equality actions and cooperation development of the School. Today’s class consists of making a problem tree. The object of study? The New House, which they met a few months ago and have already visited several times outside of school hours. 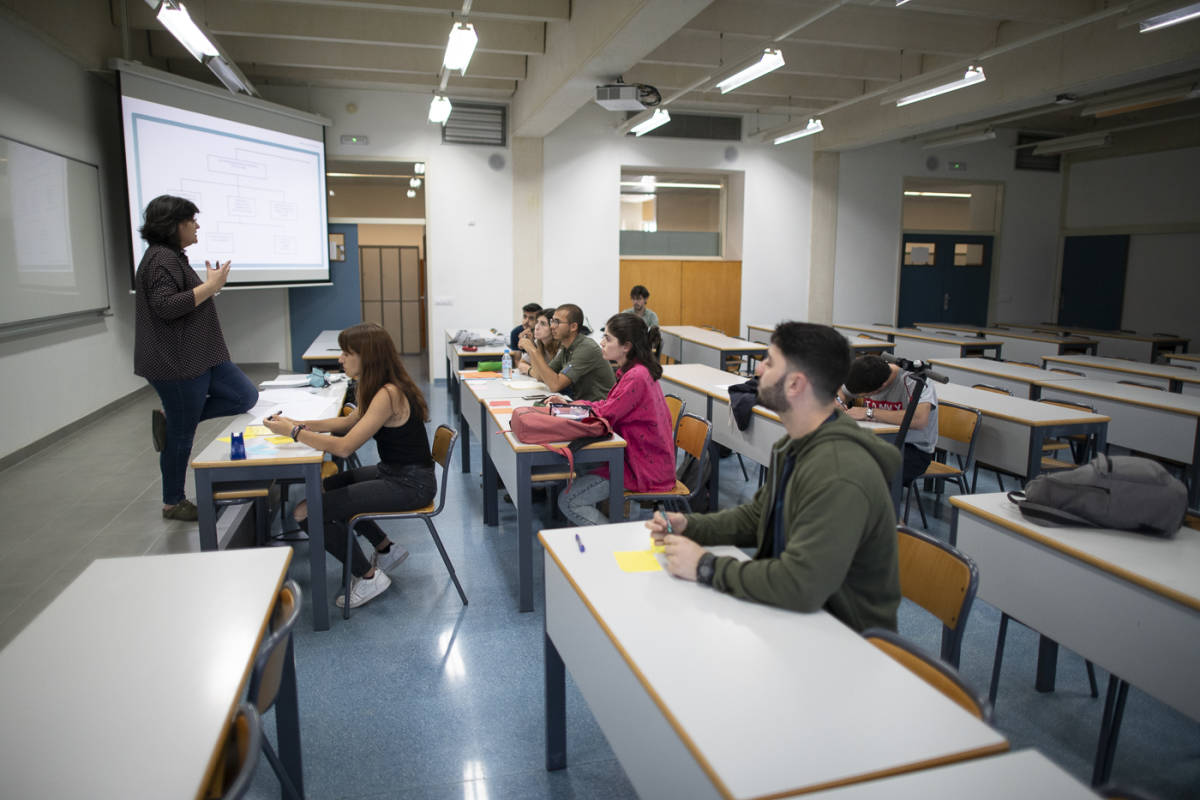 This is University Development Cooperation , a subject that only a handful of students have chosen but that they have precisely asked to channel, not only a practical sense to the knowledge that they are acquiring in the career, but also a social sense: “the subject it consists of incorporating the human rights-based approach as a philosophy of analysis, development and intervention within engineering studies “, explains Sáiz.

Today’s activity consists of pressing the different infrastructure problems and living conditions that can be improved, such as the electrical installation (which is very precarious) or the almost zero availability of hot water. The students participate very actively, remembering what they saw in their visit, asking the motives and the stories that have led the migrants to live there … “The objective is that our intervention generates changes in the existing reality. This happens, obligatorily, by a phase of contextualization, which consists of observing, analyzing, interacting and asking. After this necessary process comes the intervention proposal “says the teacher. Currently, in the classroom they are defining the problem tree and the objectives tree through the design thinking method, commonly used in product design.

The project of the subject has been addressed so far in problems outside Spain and La Casa Nueva has allowed them to strengthen ties and think long term : “Our action is a bilateral cooperation, and while they demand us and we can apply our knowledge , we will be there. The project will continue in class in consecutive years. If this year we have worked in the phase of knowledge of the reality, problems and objectives, the next course will work on the action, and anyone who wants to continue previous courses can collaborate. Action also means having money to carry out an intervention. We are also taking care of that, “says Sáiz.

The look of the design is in charge of putting a solution to what has always been done from the urgency and what has also been ignored from a more professional point of view, a relatively common situation in social projects that, due to lack of funds, make the gratuitousness of its flag, and with it, the precariousness of some conditions in which users develop it. Design becomes a solution here, implementing the usual processes in the commercial world and applying them with a much more social perspective.

– Why design can be a solution for a social problem of such depth?
– More than the design, the designer would say. I understand design as a social and moral responsibility, and from that perspective, it must be at the service of the whole society. We have only to look at the problem generated by the indiscriminate use of plastics, and their presence in the sea. We have our share of responsibility.

Before summer, they will have the diagnosis made. The next course. And although the academic deadlines will lengthen the process, while going to La Casa Nueva is an inspiration for them and to create those relationships beyond the technical with the migrants who reside there.

Architecture, or how to create a home without the need to build it

This year, as if by magic, several initiatives have come together at La Casa Nueva. So, before the Begoña Sáiz class,  Projecte Dempeus approached , driven by alumni of Architecture of the same UPV and who have already developed a couple of projects before, always from volunteering and social architecture.

In parallel, Dempeus is also working to solve some of the conditions of the shelter in Sagunto. Their process has been different from that of the design students: “We started with La Casa Nueva to make visits to understand how they lived there and to get to know them.” The idea is not to go directly with a solution, but to be born from within the center itself. We try to contribute our technical vision (from Architecture and from our formation in cooperation to development) to generate bonds and to know and experience the real problems “, explains Belén Fernández , one of the promoters. 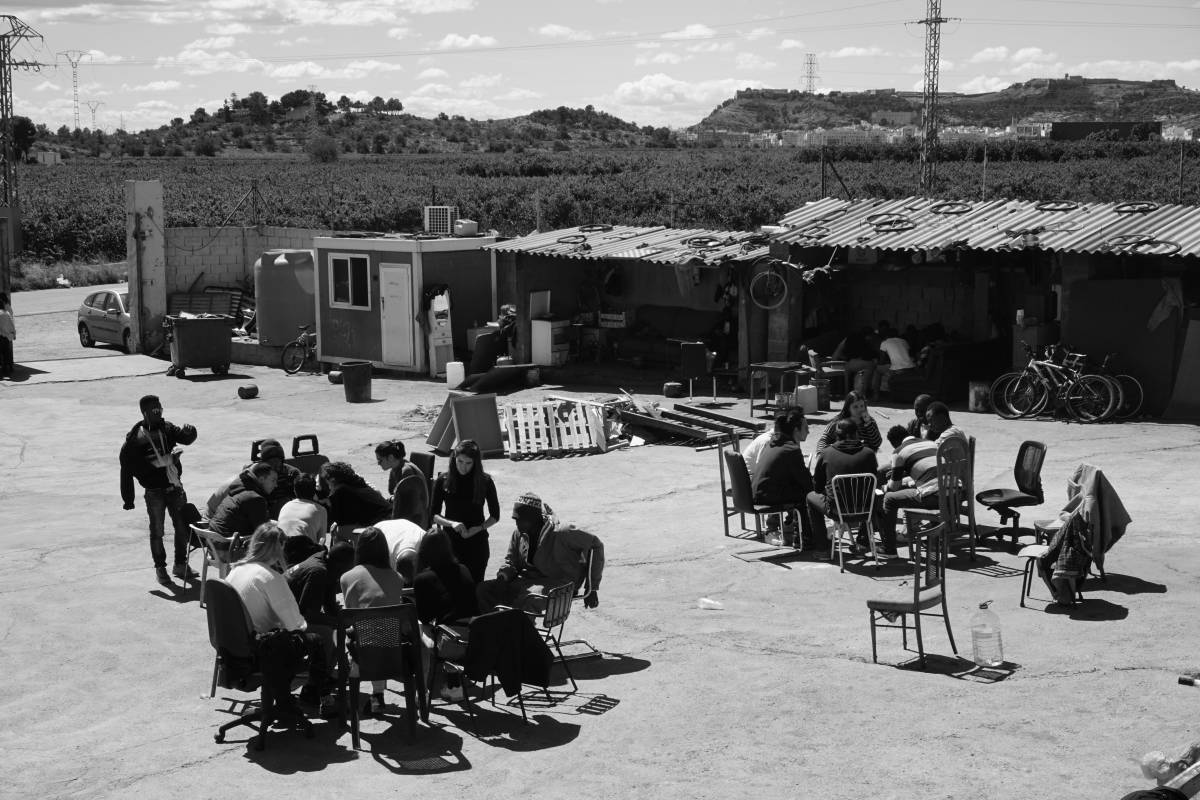 Their work, until now, has been to organize a series of participatory workshops in which they have put the university volunteers in contact with the reality of La Casa Nueva in order to improve aspects that do not necessarily have to be architectural, but are related more with the own habitability. The idea starts from the development of the concept of home , which is supposed to try to aspire to this place.

In this sense, one of the workshops was devoted to approaching the concept that users had of the center. They handed out a folio and asked them to graphically represent what they considered a home. They drew people, a whole community of houses made of canes and mud, houses very far from aesthetics and European construction … On the other side, they had to draw The New House, and the contrast of perception was hardly assumable: ” the cultural differences make your concept of home can not be given as such in Valencia , and that translated to perhaps not only need to improve a physical condition of the center, but feel loved and cared for, “says Fernandez.

In this sense, it plays against the temporality with which the majority of users assume their stay in the center (whether later or not) and the hostility breathed by the authorities and the population in the rest of the ecosystems in which they live. they develop their routines.

After having made their own problem tree and spending time in La Casa Nueva understanding how they live and how they occupy the space, the participants of the workshops present their proposed solutions for the center on Thursday. One of them will be evaluated and carried out. Perhaps the improvement is aimed at how to order the coexistence of the different uses that each of the users gives to the dining room. Or to expand the shadow area, because there is not much, a lot of leisure time and free time is wasted. Or to paint a wall to pacify the aesthetics of the center. Or to make technical improvements such as sealing windows. 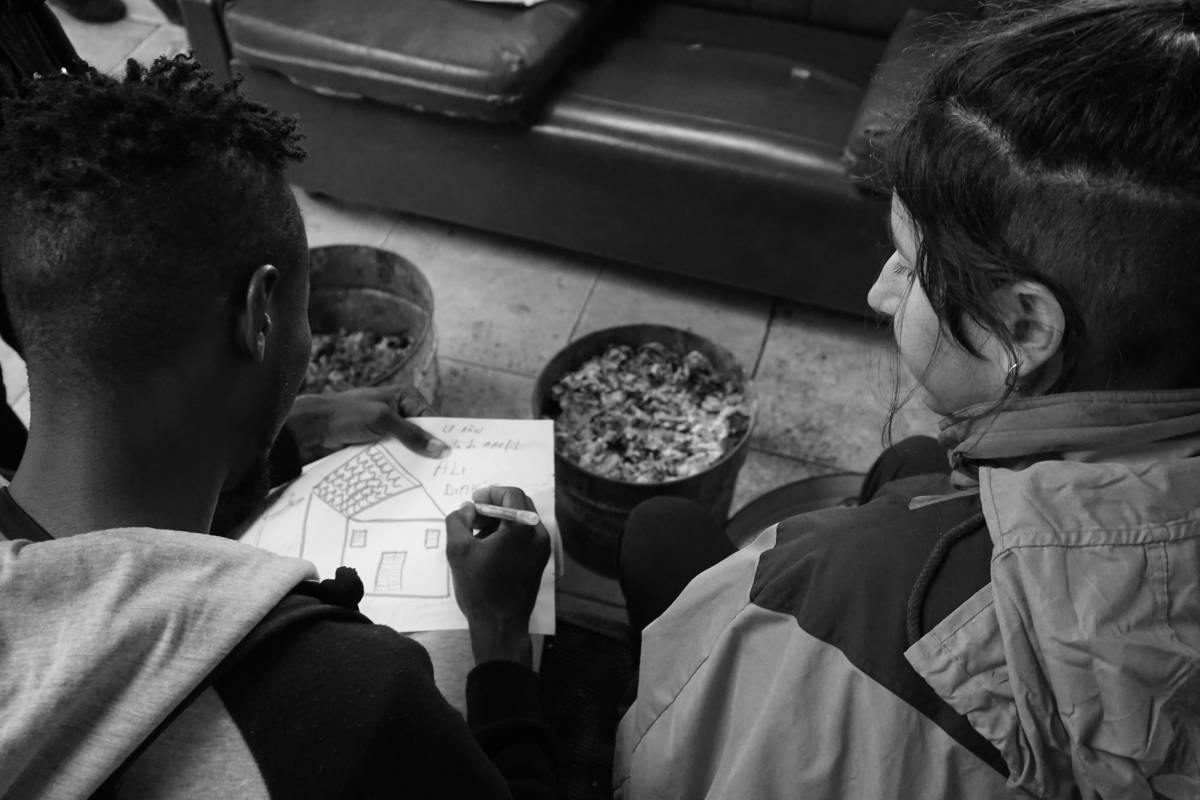 The participants come from different points of the university, from Fine Arts to all types of engineering. The common point is that look from architecture, which revolves around the habitability and human development of space. ” It’s good to distort the idea that architecture only gives you a place to live , because maybe a shack can be more a home than a luxury villa, it’s about cultural conceptions and experiences,” comments Projecte Dempeus.

Beyond the work of these months, the idea is to continue to strengthen the relationships created these months and continue working hand in hand with users and also the volunteer team that has been driving the center since 2006.

A mural to make a space more livable

These days, La Casa Nueva has also been one of the spaces in which the urban art festival Més Que Murs has been held , organized by the City Council of Sagunto. The contest, which develops almost a dozen murals in different parts of the town, wanted to invite the students of Fine Arts of the UPV to improve the appearance of the exterior facade. They thus cover an old graffiti, which had been degraded with the passage of time. This action, which may seem minimal compared to the cluster of infrastructure problems that the center suffers, actually fulfills an aesthetic function that makes it more pleasant, not only the passage of users, but the perception that these represent of people passing by. over there. 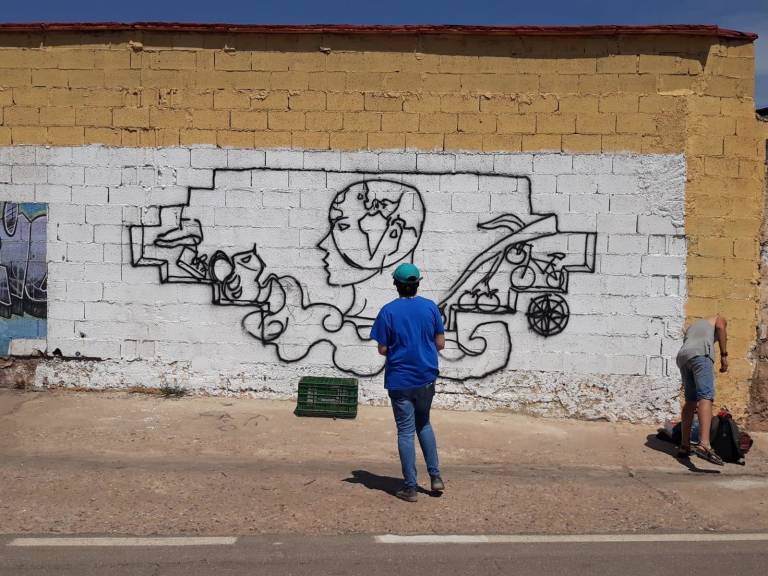