Conference: Opportunities of the Aeronautical Engineer in an Airline – Friday, March 15

Nazariy Harvat is a graduate in Aerospace Engineering specializing in Air Navigation currently working in Palma de Mallorca, on an airline called Thomas Cook Airlines Balearics. He finished the degree in July of 2017, the month in which he presented his Final Degree Project.

On March 15 he will explain to us at a general level how an airline or commercial operator works, that is, the regulations that it must follow, the structure of it, the functions of the different departments that compose it and the organizations with which it must collaborate to be able to carry out its tasks and achieve its objectives.

Nazariy holds the post of Compliance Control Auditor, which is part of one of the departments of an airline.

Finally, we will make a brief summary of his professional experience and will expose a series of conclusions that he has derived from it, in the form of advice that may be interesting and useful for someone recently graduated in Aerospace Engineering. 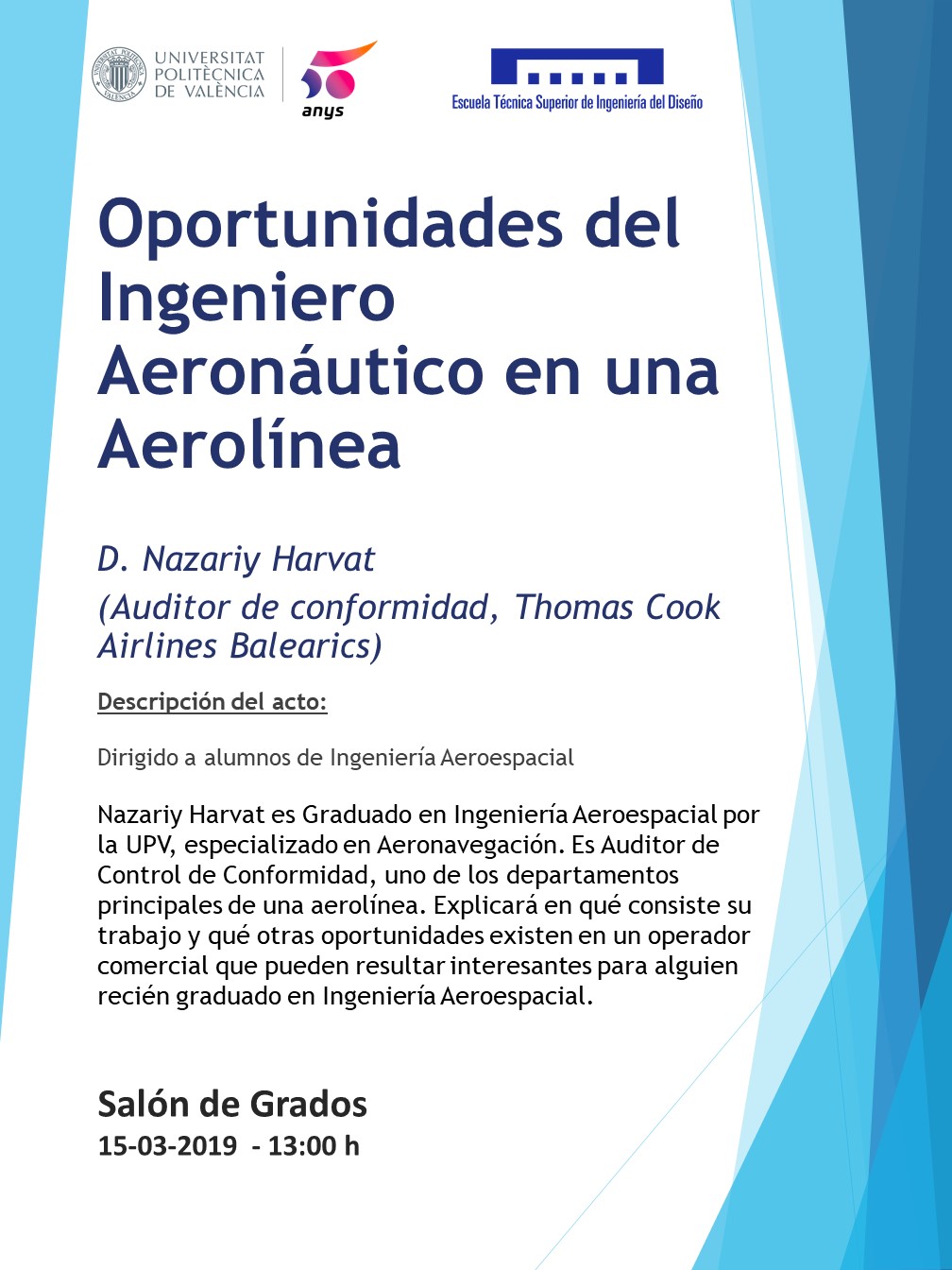